Thanks for the insight. There’s something else about this kit that is quite curious and intriguing. When I purchased the kit, I discovered inside two small tins (see below) filled with small metal cartridges.  They appear to be containers designed to hold a single dose of opium in each one. You can see the residue on the containers, and the remains of what used to be a tin foil cover intended, I imagine, to keep the contents fresh.

I have never seen anything like these before. But, looking at the bowl that also came with the set, you can see that the hole is much too large for a standard opium pellet. Curiously, the tops of the tin cases are etched with swirling marks, as though the lids had been used as a surface for rolling. Does that mean that the opium in the cartridges was removed, rolled, and inserted with a needle in the standard way? If so, it seems that the hole in the bowl would have been too big. Or was the cartridge itself designed to be inserted into the enlarged needle hole?

The only reference I have found regarding these cartridges comes from Stephen Crane in his article “Opium’s Varied Dreams.” Here’s what he says: “When prepared for smoking purposes, opium is a heavy liquid much like molasses. Ordinarily, it is sold in li-shi nuts or in little round tins resembling the old percussion cap boxes.” I looked for images of “old percussion cap boxes” and they do indeed look like these cartridges.

Needless to say, nothing could be more American than the idea of mass-producing individual doses of opium. Incredibly, one of the boxes even has a name and the word “Patent” engraved on one side (I have to get a magnifying glass to see the name more clearly). This raises lots of questions. Was the process of opium distribution in America at one time actually mass-produced and patented? Also, the original owner kept the empty cartridges, which raises another question: were they recycled?

This has been a mystery to me. Let me know what you think! 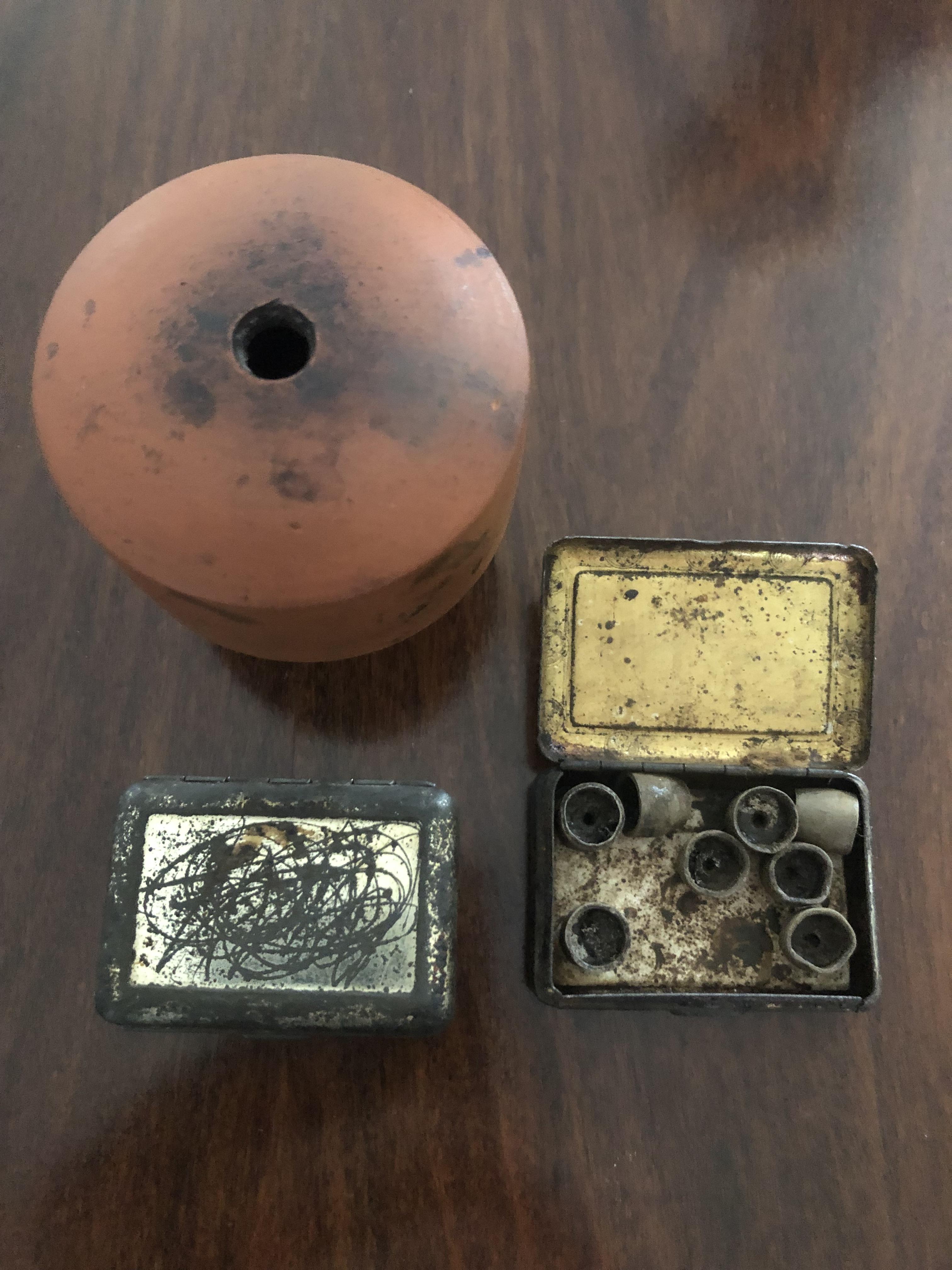 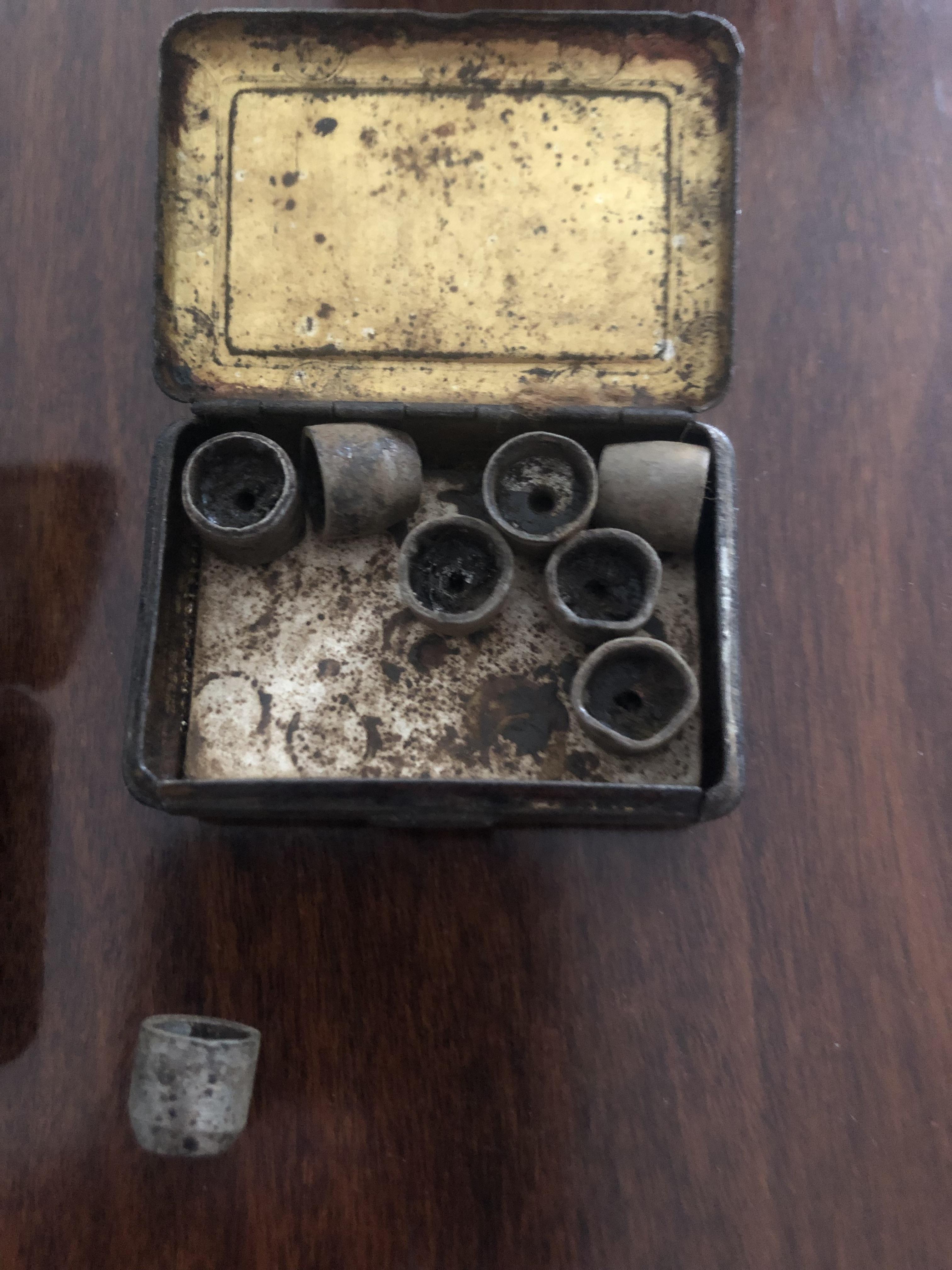 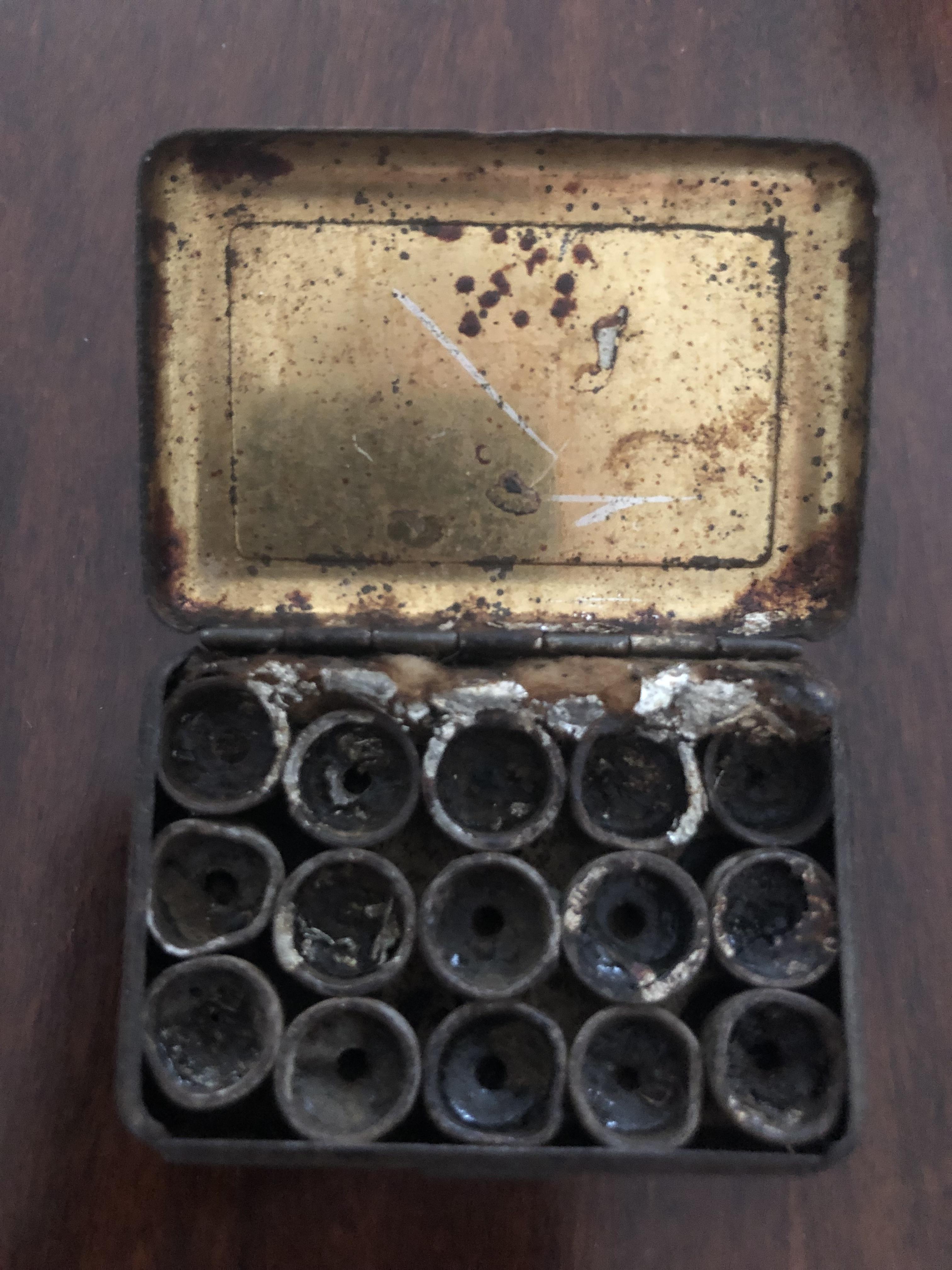 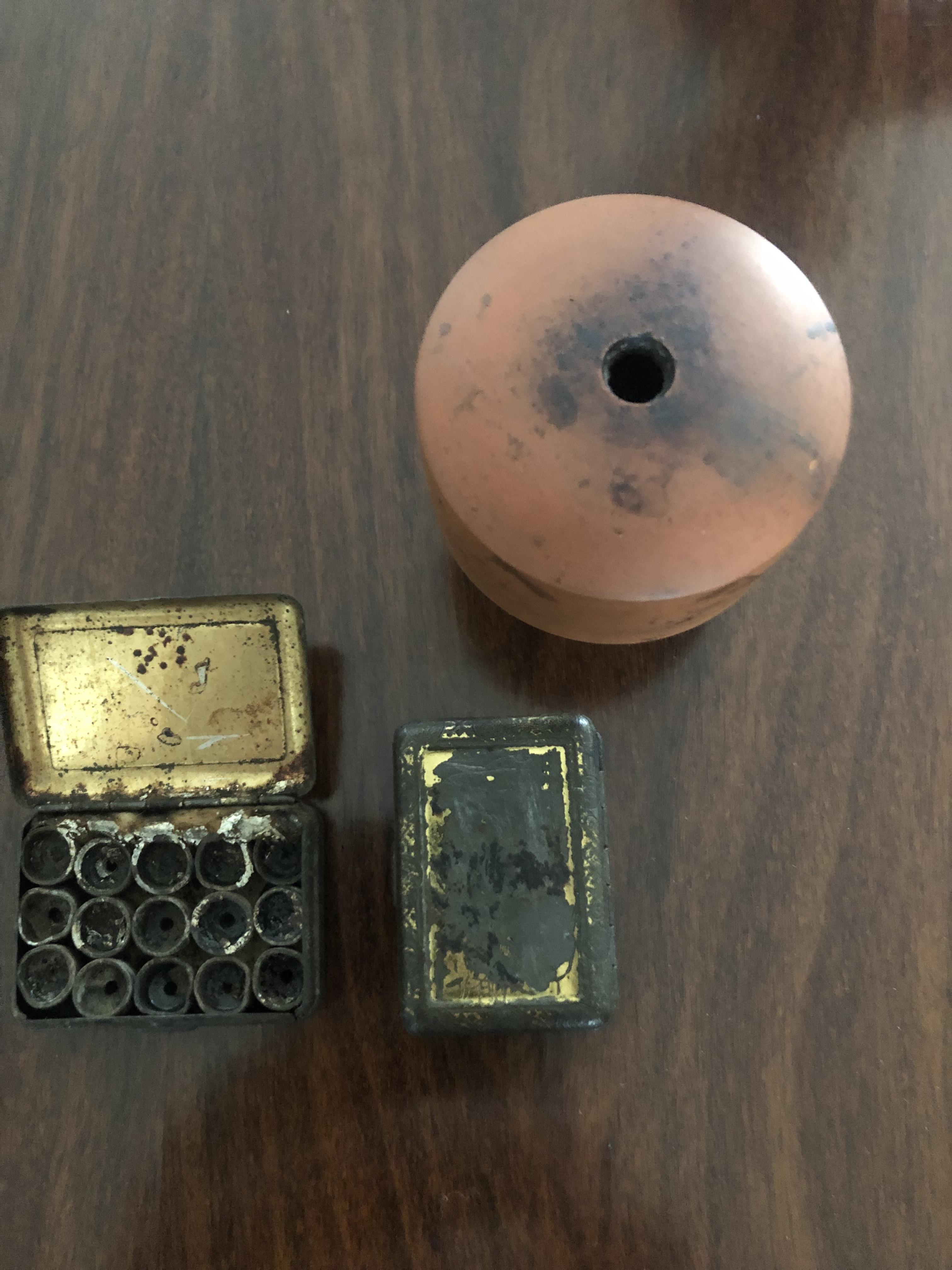 You must be logged in to view attached files.